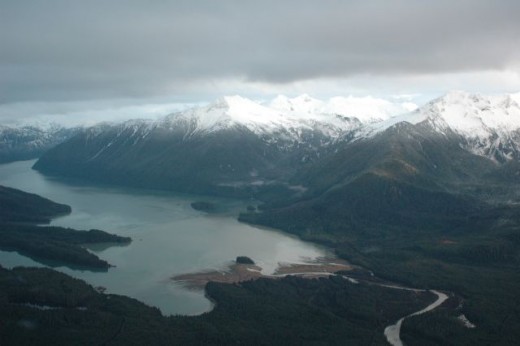 The Federal Energy Regulatory Commission (FERC) recently denied Cascade Creek LLC a permit to continue studying the development of a hydroelectric power plant in Thomas Bay Northeast of Petersburg. The end of the private company’s licensing process could mean that Wrangell might never get back its financial contribution to the project. KSTK’s Charlotte Duren talks with former Assembly members about what the City plans to do if the project does not move forward.

In 2009, the City and Borough of Wrangell entered into an agreement with Cascade Creek LLC, a private company based out of Bellingham Washington. The power purchase agreement gave Cascade Creek $250,000 to move forward with a hydroelectric project, which Wrangell hoped would increase power access and opportunities. Cascade Creek has held two preliminary permits with FERC. It has now been denied a third, which leaves the company without the necessary study work needed to move forward on the project.

This news makes some Wrangell residents unsure they will ever see the project completed or the $250,000 investment returned. Don McConachie is a former Wrangell mayor.

“Considering they have had this permit before and lost it and now we are at the same place again, I don’t see anything happening. I think Alaska Energy Authority and most communities in Southeast Alaska have better ideas. I think SEAPA could probably come in and do something that is much more in the lines of power needs in Southeast,” he says.

SEAPA is the Southeast Alaska Power Agency, which owns hydro plants and lines that power Wrangell, Petersburg and Ketchikan.

McConachie was Wrangell’s mayor in 2009, and says he voted against the Borough Assembly’s decision to support Cascade Creek’s project. He believes there was not enough initial public input before the Assembly voted to financially support the project. 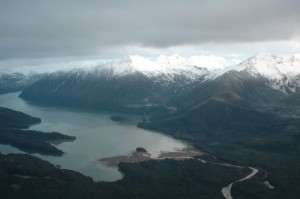 The company’s proposed project would have developed a 70 megawatt power plant that siphoned water at Swan Lake to generate hydroelectric power for communities connected to the SEAPA intertie.  Former Assembly member Ernie Christen voted in favor of the project in 2009, and says he still believes it will move forward.

“It’s a process; none of these projects bear fruit overnight.  And in the next 5-years they may be able to produce power, get their ducks in a row and get their preliminary permit and go to license. But I’m not involved in the company so that’s just the outside looking in. But it is a 70 megawatt facility and it definitely could be used,” he says.

Wrangell City Manager Timothy Rooney says if Cascade Creek does not continue with the permit process, the local government will follow terms of the legal agreement and ask that the money be returned.

“It’s $250,000 that could be used for other projects in the community. We believe that the money could be used for many different purposes. For example the new hospital project, or roads that need to be paved,” he says.