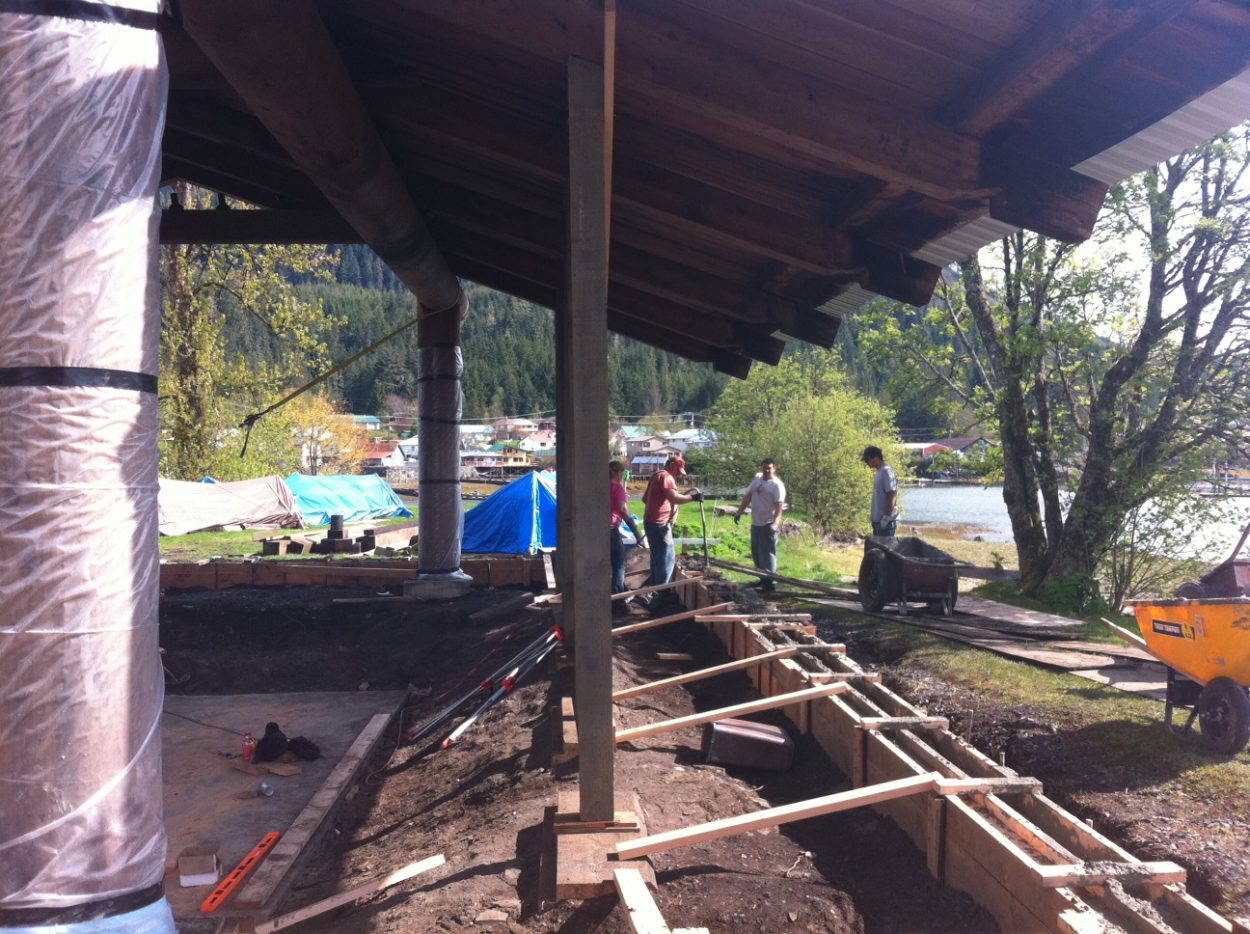 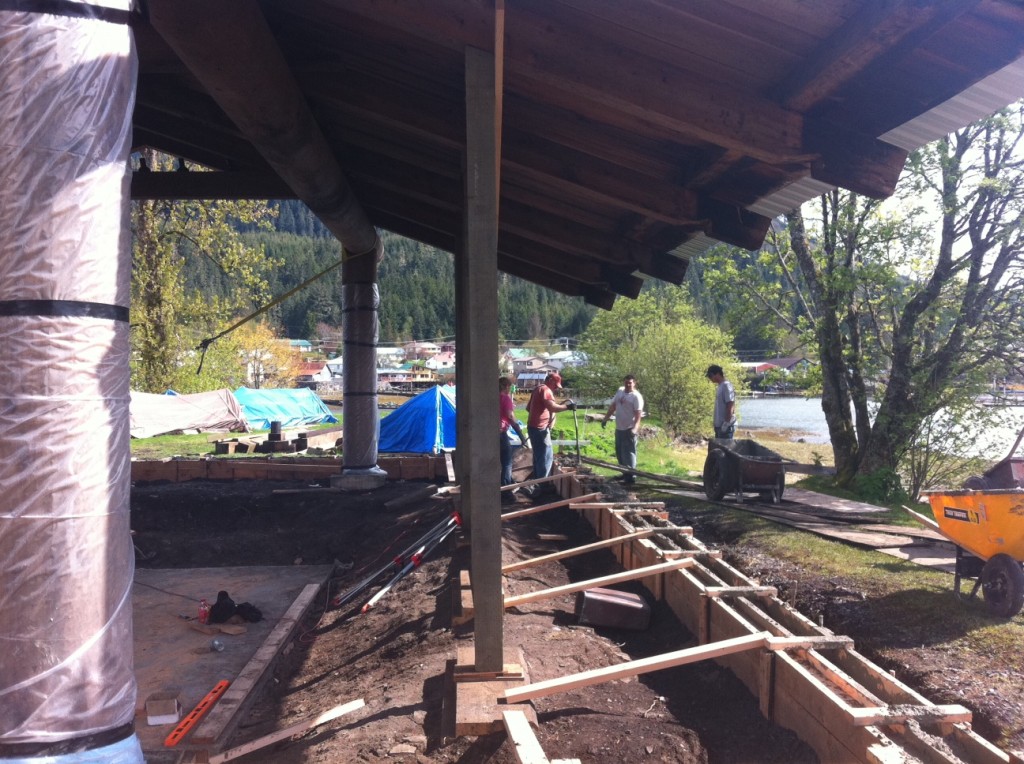 Work on Wrangell’s historic tribal house has been going on for more than a year. Crews were out recently at Chief Shakes Island pouring concrete for the foundation and footings of the old clan house. Pushing a wheel barrow full of concrete towards the tribal house is Wrangell Cooperative Association’s Project Manager Todd White.

“I poured about 8 yards of concrete in our footings. We used one truck load of concrete so it worked out good.”  He says along with the concrete work, timber is being cut and he says in the weeks to come, crews will be doing repairs to the roof.

“We are a couple weeks ahead of schedule. We have some timber being cut, doing little work on the roof, and cleaning the beams, but it’s all going good,” he says. 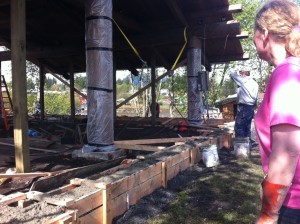 Helping with some of the concrete work is Carver Susie Kasinger. She says along with the foundation work, approx. 3,000 sq. ft. of cedar is left to adze. She says once that’s done, re-assembling of the house will begin.

“We’re doing the ceiling boards right now, and pretty much everything else is done. Everything is numbered and measured. We are going to make sure the boards are the best, if not, we will have time swap out some with new boards, “she says.

Kasinger says over the past year she’s done everything from carving to concrete work and says it’s been a great experience. “I am so happy to be in every part of this. From tearing it down to adzing, to going out to the mill, I have even been able to pressure wash the boards,” she says.

Project Manager Todd White says the carving team will  continue adzing over the next couple of weeks as well as doing repairs to the building’s structure, roof and beams.