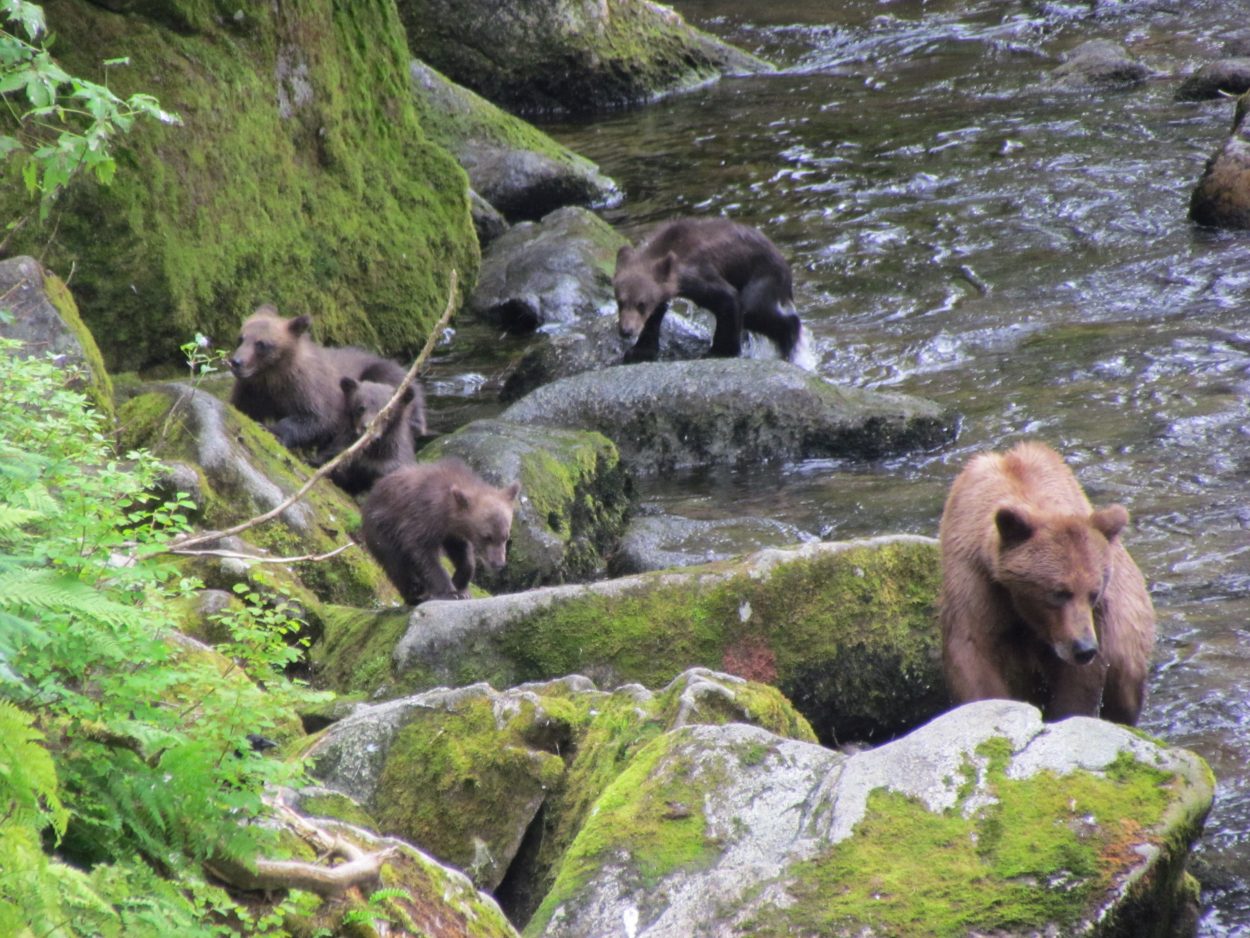 Significantly more brown bears have been making appearances at Anan Bear Observatory this year than in previous years, and one mother has a record number of cubs. US Forest Service Anan crew leader Angie Eldred said the technicians who live at the site have seen up to 15 brown bears in one day. Typically they only see from four to ten. The crews aren’t sure why the females are coming further down river than the males this year, and they don’t have safe access to the upper falls to see what’s going on.

“For some reason we have a lot of brown bear sows with cubs showing up this year,” Eldred said. “It was thought in the past that a lot of the brown bears would use the upper falls that are above the deck and we think there are a lot of male brown bears up there. We mostly see female brown bears down near the deck.” 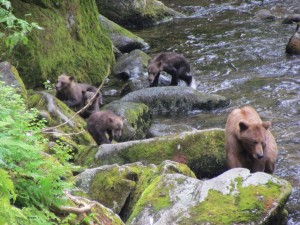 And one of the females is accompanied by four healthy cubs. It’s the largest number of cubs seen with a sow at Anan. Bear biologist Barrie Gilbert said that’s not normal, and usually a mother with that many cubs tagging along had accidentally picked up strays.

“The other possibility is there’s a mix up on the salmon stream, and one female ends up collecting the cubs of another female for a while. They’ve seen upwards of six cubs with one mother, but they’re not hers. And bears, unlike goats and sheep, will accept the other young because over evolutionary time there wasn’t much likelihood that mothers would mix their cubs with another female.” Except at a salmon stream where many bears come together and the cubs get confused and follow the wrong mother, he explained.

However, the group has appeared together many times and Eldred said she thinks they may all actually be related. “We’re pretty sure they’re hers. I mean, we can’t be positive without doing some sort of genetic test but they’ve all been sticking with her and looking healthy. It’s pretty amazing.”

A healthy crew of adolescents is also hanging around the trail at Anan. Eldred said the young bears are on their own for the first time and are still learning about healthy boundaries between bears and people. “Their personalities are very unique. They’re very curious, and they’re sort of figuring out their place down at Anan and in the greater bear world. A lot of them have grown up around human presence so they know that there are people there, and they’re kind of figuring out that boundary, how close they can get to people,” she said. “So it’s been sort of a learning process for both the bears and the people.”

The curious adolescents aren’t dangerous, but two have been warned to move back with some pepper spray.

The bears usually hang around Anan until the end of August. Permits to visit can be acquired through the Forest Service.