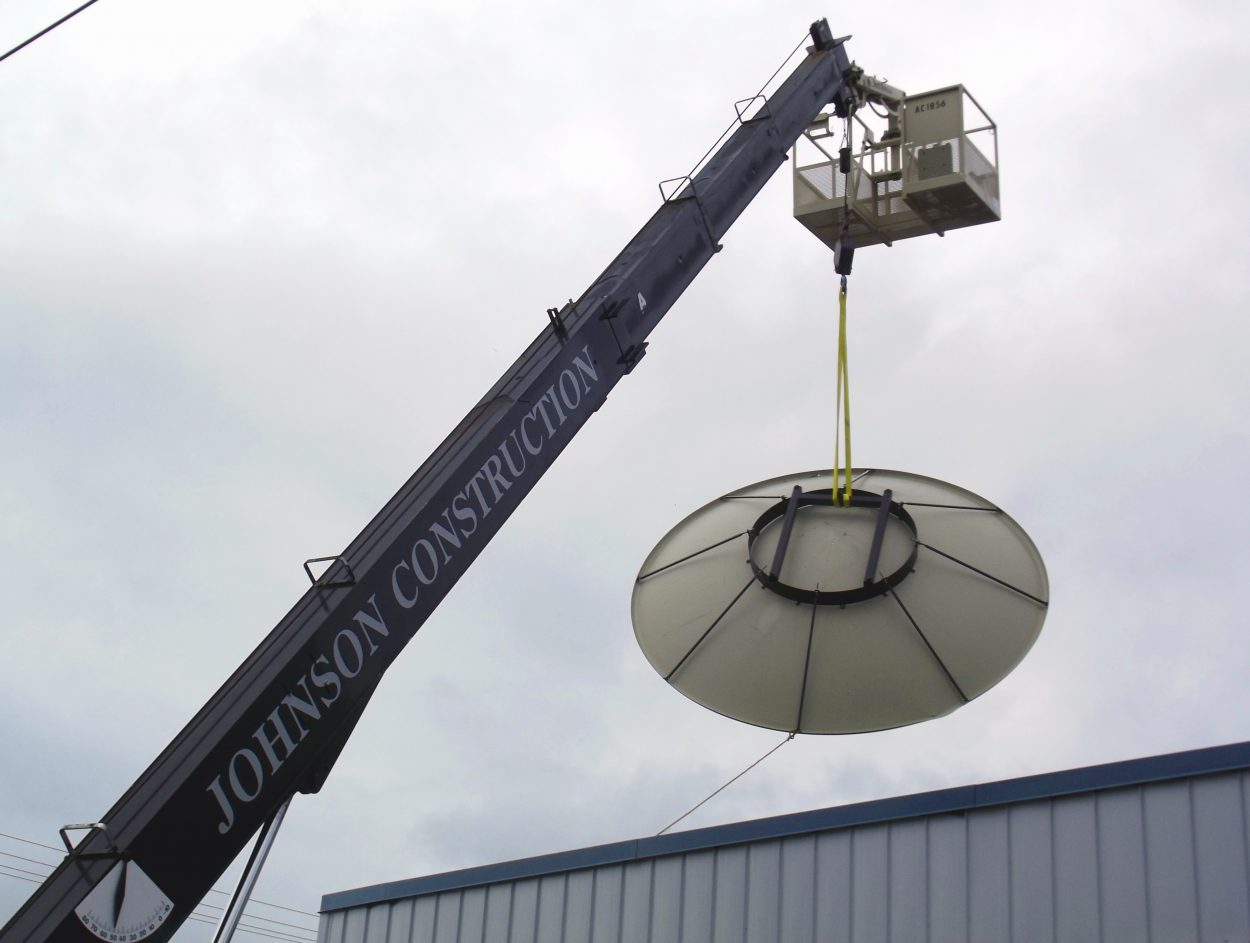 KSTK recently installed a new satellite dish with funds from National Public Radio in Washington, DC. The 3.8 meter aluminum dish was installed this week to replace the fiberglass dish that was erected almost 15 years ago. John Matthews is the engineer from Microcomm who set up the new equipment. He says the new dish does have stronger signal strength than the old dish, possibly because the old dish was slightly distorted from age or because it had moved so much in the wind. However, he’s not sure if the new dish was the perfect choice for local weather. 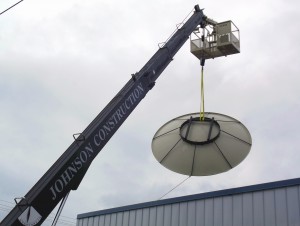 A crane hoists the new satellite to the roof.

“This one’s made out of metal whereas the other one was fiberglass. In this environment… we’ll see if it lasts as long as the other one,” Matthews said.  “Because fiberglass, it probably holds up better than metal in this type of environment, wouldn’t you think? I would. I mean, as long as you keep paint on it, I suppose it’ll be ok but…”

The installation required welding a four foot pole onto the current satellite mount on the side of the high school shop next to the station on St. Michaels Street. The satellite was then lifted to the roof with a crane.

KSTK Development Director Cindy Sweat said the satellite is essential for providing programming at the station from NPR, PRI, and elsewhere. That’s how KSTK receives shows like All Things Considered, Prairie Home Companion, Car Talk and many others. With the new dish, the station can provide the shows without fearing interrupted service from the old dish having unexpected problems.

“Before things start falling apart it’s always good to replace them and get the new equipment in place before it becomes a problem. So we’re really happy to have been offered this opportunity and really nice that it doesn’t come out of the local budget and that we can provide excellent service to our listeners,” Sweat said.

In addition to work on the new satellite, engineers are in town working on computer upgrades and other technical improvements at KSTK.