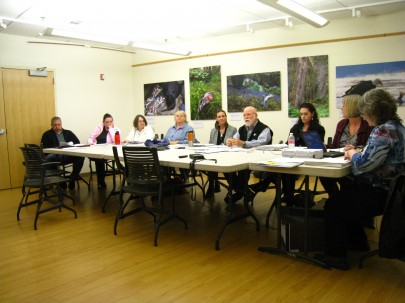 More community members are rallying around Doctor Greg Salard and his efforts to regain hospital privileges at the Wrangell Medical Center.

The Hospital Board took public comment from 10 Wrangell residents during their regular meeting this week, including from Salard and his wife. Everyone who spoke expressed their support for the doctor and frustration with the process of reinstating his privileges. So far the board has had three executive sessions where they have taken the issue under consideration, but have not taken any other action.

According to a judge’s order regarding the issue, Salard must first dismiss his appeal for reconsideration before the process can move forward. The doctor’s request was withdrawn as of Thursday. 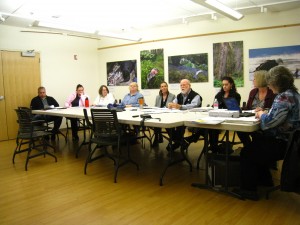 The Wrangell Medical Center board during its regular meeting Wednesday night.

Several residents also questioned why Salard was advised by the board’s attorney to stop talking to individual board members. Board President Woody Wilson says that order is meant to protect the credentialing process.

“The entire board, and I don’t think there’s any prejudice on this board whatsoever, we just got here. But this board will act as what’s called, and I’m not a lawyer, but I think the term is a quasi-judicial body. That being said, that means we’re going to act like a jury. And it’s inappropriate, in my view, for people to be trying to influence the jury ahead of time,” Wilson said.

Board Member Bernie Massin also pointed out even though Salard would like to have the process held during a public meeting, the credentialing matter must be addressed behind closed doors. 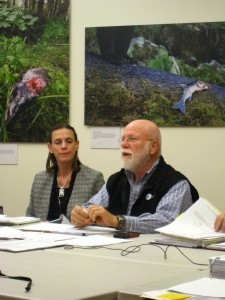 According to the state’s Open Meetings Law, “meetings of any committee of a hospital when holding a meeting solely to act upon matters of professional qualifications, privileges or discipline” are exempt. Wilson explains:

“In credentialing, there are other matters that come up that affect other people. And so it’s not just a doctor that would be affected by the open meeting. It would be other folks as well, and that’s why the law is written that way,” he said.

Board members went into executive session at the end of their regular meeting. Salard was invited to attend part of that session. The previous medical board initially denied Salard’s hospital privileges last November.

A Superior court judge in December then ordered Salard’s work rights be reinstated until a fair review hearing was conducted. The board served as that review committee in March and voted to permanently end the doctor’s contract with the hospital. The newly-elected board has been working through the issue for the last few months.