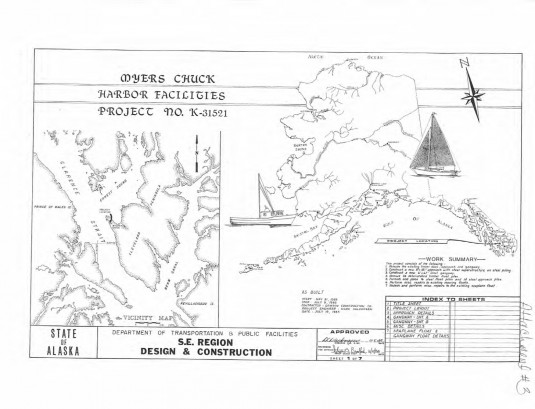 The Borough of Wrangell could become the owner of the Meyers Chuck Float Harbor Facility.

Back in 2008, the Alaska Department of Transportation proposed the newly-formed Wrangell Borough take ownership of the dock and float system. The system includes harbor and seaplane floats, a galvanized steel approach, and a heliport. At the time the state offered a little more than $1.1 million for improvements.

Borough Manager Tim Rooney said officials declined taking over the property because they weren’t sure if the state’s estimate was enough to cover the needed repairs. He said it was recommended the state first pay for improvements before the borough accepted ownership. But Rooney said now there may be another option.

“Early this year it became clear that Senator Stedman and the Department of Transportation wanted us to re-look at that issue and considering accepting the dock. We could use state deferred maintenance funds for the dock system,” he said. 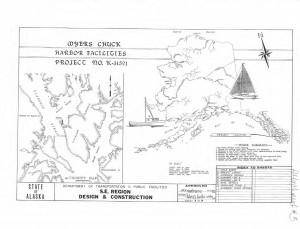 In 2008, the state’s Department of Transportation initially estimated repairs at the facility would be a little more than $1.1 million.

According to PND Engineering’s estimate, the price tag for all repairs would be $3 million. Rooney called that estimate “the worst case scenario.” He said he does have some reservations as far as overseeing the construction process, but there is a benefit for Wrangell if the borough receives funding.

Borough Assembly Member James Stough pointed out the issue of maintaining the facility and creating a long-term plan for potential revenue.

“All this discussion of receiving this and doing that, one of the things that hasn’t been discussed is how are you going to take care of that dock. Everybody’s gone around that so far. Somewhere along this discussion was the idea that they’re going to have to rent the spaces out and do that. So, I haven’t heard any discussion of what this is going to involve with our personnel,” he said.

Member David Jack suggested someone would need to be stationed at the facility. Vice Mayor Bill Privett pointed out that is an issue that could still be worked out since the potential project is only in its beginning stages.

The resolution to submit the estimate to the state’s department of transportation passed unanimously. It will now be included in the DOT’s request for deferred maintenance funds, which must be approved by Governor Sean Parnell.

Meyers Chuck is about 40 miles northwest of Ketchikan. The majority of its residents are seasonal. According to census data from 2000, about 20 people live in the remote village.