Alaskans are celebrating the life of a Southeast prison innovator, death-penalty opponent and author. 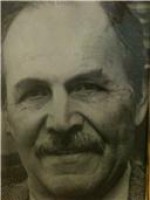 He headed up Alaska’s Department of Corrections under Governor Jay Hammond, capping a nearly 50-year career in prison work. After retirement, he and his wife, Ellen, remained in Juneau until moving east in 2009.

Campbell was a World War II veteran who served as a paratrooper and gliderman with the Army’s 17th Airborne Division. He was at the Battle of the Bulge.

Later, he was active in the capital city’s chapter of Veterans for Peace. In a 2005 interview, he spoke against the Iraq war, and how he felt officials misrepresented the facts.

Campbell was active in a number of other causes in Alaska. He testified against the death penalty, based on his long career in corrections.

He was superintendent of the first coed federal prison, and wrote about the experience in “Serving Time Together: Men and Women in Prison.” He also wrote “The Intolerable Hulks,” about prison ships, and “Doing Easy Time,” a memoir.

Campbell and his wife were active members of downtown Juneau’s Holy Trinity Episcopal Church. A memorial service and celebration of life is being held at 7 p.m. tonight (Nov. 26) at the church.