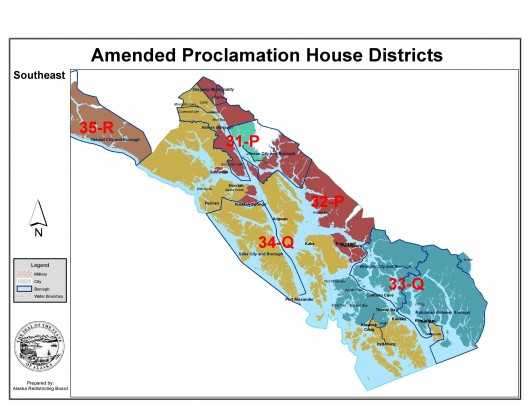 Here are some of Southeast Alaska’s top stories of 2012:

The year saw three longtime incumbent lawmakers lose their seats in the Legislature.

Haines Republican Bill Thomas’s loss was the biggest upset. Many expected an easy reelection, since he co-chaired the budget-writing House Finance Committee.

“I’m in a leadership position and in a position to help not only just my district, but all of Southeast,” he said.

But then Sitka Democrat Jonathan Kreiss-Tomkins filed and began introducing himself to the district.

“I’m knocking on every door in Angoon, in Hydaburg, in Kasaan, in Sitka and everywhere else,” he said.

It was also a factor in Ketchikan incumbent Kyle Johansen’s defeat. He left a crowded GOP primary to run as an independent, but didn’t get far.

“I registered as a Republican and the party is backing Wilson and that’s as far as it goes,” he said.

In all, redistricting took Southeast’s eight legislative seats down to six. And the election cost the region both its Native lawmakers.

“That’s made possible by the fact that the dock in Angoon was completely rebuilt and is now compatible with the fast vehicle ferry Fairweather,” he said.

Angoon, Hydaburg, Sitka, Ketchikan and some other locations continued pushing for new or expanded hydropower plants.

A report suggested having one, not two, operators would save up to a half-million dollars a year. But concerns about reliability, efficiency and safety pushed the decision into 2013.