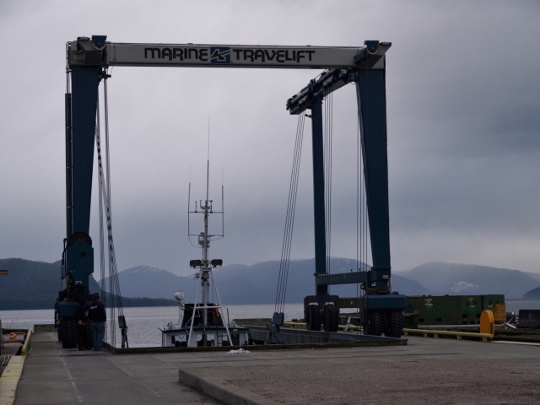 The City of Wrangell awarded a contract for the purchase of a marine vessel hoist to an Italian company. Now, a North American firm is protesting.

The city announced its plans to purchase a 300-ton hoist from ASCOM S.p.A. which is based in Modena, Italy.

“The bigger machine will allow us to pull the larger vessels out that, in fact, create more jobs. You pull a little 40-foot boat out, you might employ a couple people. You put a 120-foot boat on the deck, it could very well have a dozen people working on it. I mean, that’s the intent of this is to get the big projects on the ground, give them the opportunity to the work here and not have to work to Puget Sound to do the work,” said Meissner. 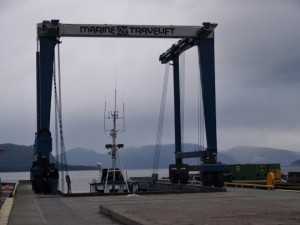 Initial bidding for the contract was in November. One qualified bid came from ASCOM.  The other bid, from Marine Travelift, was 30% more expensive.

Travelift is a subsidiary of Kendrick Equipment, based in Delta, British Columbia and Kent, Washington.

Bill Kendrick, president of the firm, issued the letter. He said there should have been more testing of Travelift machines with the same hoist capacities, rather than just those made by ASCOM.

“We don’t need to compare the Marine Travelift equipment. We have one. We have those answers. We know how durable they are. We know what it’s like getting parts and pieces. We have all that information.  Our intent was to go see the other manufacturer’s equipment. We wanted to talk to people who have purchased them, who have bought parts, who run them every day, who run both,” said Meissner.

City Manager Tim Rooney said that because there was no obvious performance difference between the two machines, cost was the deciding factor.

“Ultimately the responsibility comes down to getting the most out of the money that we were granted from the state and trying to save money, rather than spend more,” said Rooney.

In the protest, Kendrick stated that purchasing from a “foreign corporation offering an unproven and likely inferior product…is incomprehensible.”

Harbor Master Meissner said that while the machine is Italian-made, that doesn’t mean all of the money is going abroad.

“There’s a lot of other things we need to do other than just getting the machine here. There are things we plan on spending here. I want to have local people build the boat stands, I hope. You know, there’s no reason they can’t make them right here at home and keep that money right here,” said Meissner.

The protest is being evaluated by an attorney before the city issues its response.