Police are investigating the assault of a Wrangell High School student in a downtown Wrangell home on January 12th.

His mother said he was badly injured. The victim’s mother is Jennifer Olson of Seattle. 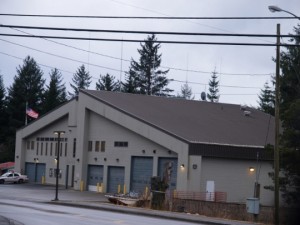 She identified him as 17-year-old Austin Stevens of Wrangell. Stevens is a high school senior and is on the wrestling team.

“My son had consumed too much alcohol and passed out, woke up, just kind of tidbits woke up, and remembers punches, trying to block himself from punches, woke up the next morning swollen up, unrecognizable, severely hurt,” said Olson.

The Wrangell Police Department is releasing little information about the incident, but said several minors and at least one adult were present.

Lieutenant Merlin Ehlers said there is an investigation underway.  He explained why the ages of those involved in this particular case are important.

“If you’ve got a felony assault, if there’s an adult on a minor, it just ups the level of the assault as far as it still goes through the court process,” said Ehlers.

Olson said someone took pictures and possibly video of the assault.  She said she saw one of the photographs which she described as showing Stevens unconscious on a bed being punched repeatedly.

Olson said she does not believe the police are doing enough to find those involved.

“I don’t care if they were watching. I want the person taking the pictures. This is a heinous crime and I will not stop until everybody there pays for what happened,” said Olson.

Olson said one of the worst things is that Stevens knew his attackers.

“Yea, they were what he considered to be his friends, which obviously, they are not,” said Olson.

Lieutenant Ehlers said he doesn’t know how long the investigation will take, but the police are following up.

“Basically when we get the reports together and all our investigation thoroughly done, we forward the reports for charges or whatever either to the DA’s office or to the juvenile office to prosecute,” said Ehlers.

The police department asks that anyone with information about the crime contact their dispatch line at 874-3304.