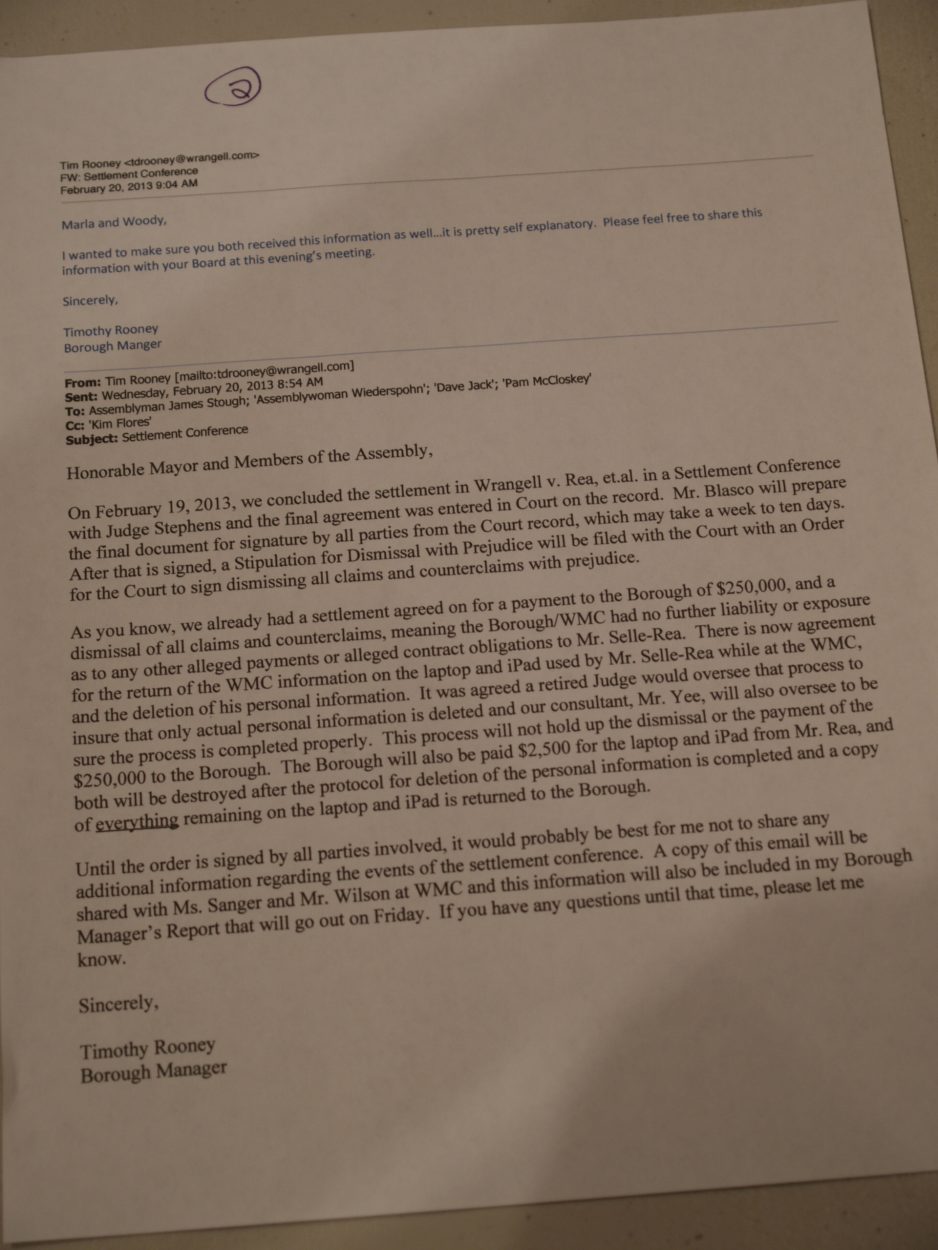 All of the members of the Wrangell Medical Center board were present at the meeting, as well as the hospital’s interim CEO, Marla Sanger.

Board chair Woody Wilson began by correcting a potentially mislabeled item on the agenda.

“I apologize for, I guess, not researching this enough before. But we have listed on the agenda an executive session for medical staff privileging. And in studying the Open Meetings Act a little bit more, that is improper. That is incorrect,” said Wilson.

He said the board must discuss private matters of privileging and credentialing in a special meeting, rather than in an executive session.

He said it is referred to as a ‘meeting of the hospital governing body to act on matters of professional qualifications, privileges, and discipline.’

However, this type of meeting is generally for hospital staff, not a publicly-appointed board. The board and the Borough are looking into this specification.

This changed the evening’s agenda. After the regular meeting was adjourned, a special meeting was called to order in place of the scheduled executive session.

He said the special meeting is only for the board and is not open to the public, so it does not have to be publicly announced ahead of time.

Next on the agenda was a discussion about attendance in executive session. The board does not have a policy regarding its members participating in these closed sessions via phone, Skype, or other electronic media.

It would allow all members to be present at all sessions. But, there were significant concerns raised about privacy issues. Board member Bernie Massin said technology is not always secure.

“We’re talking about HIPAA laws and all kinds of other stuff. And once you go into executive session, you don’t know who’s on the other line. Not just him, somebody might pick up the extension or god knows what. And that is the thing. It’s not like a normal executive session where you talk about employees. We’re getting into HIPAA laws and other people’s healthcare and stuff like that. I would say it’s not worth the risk if two people were missing. It’s nice for the meetings but the executive session’s a whole other ball game,” said Massin.

Wilson said there are some possible solutions to this issue of privacy.

“One of the suggestions that I have heard that people have used when this kind of thing happens is that you ask the person on the phone: Are you alone? Are you private? Is your phone just for you? And you get that information from them each and every time and each and every person. So again, you’re not there, you can’t see, but basically you’re asking them for an affidavit,” said Wilson.

The board said it will consider this problem and return to it in the next meeting.

Finally, Wilson shared an email to the board from Borough Manager Tim Rooney. It was on the proceedings of the February 19th Wrangell vs. Rea, et al. settlement conference.

Noel Selle-Rea is the former CEO of Wrangell Medical Center. He was fired by the former WMC board that was recalled and replaced. There has been a legal dispute over a laptop and iPad that Rea allegedly took from the WMC after being fired. Rea alleged they contained personal information and did not belong to the Medical Center.

In the settlement, the Borough will be compensated $250,000 by Chubb, the Wrangell Medical Center Insurance Company.

The Borough of Wrangell and the Medical Center are no longer liable for any of the alleged payments or contract obligations requested by Rea.

Additionally, a retired judge will oversee the recovery of all WMC information from the laptop and iPad. A complete copy of all of this information will be given to the Borough.

Rea says he will delete the personal information from both devices, under indirect supervision by the judge, after which both will be destroyed.

“Well the protocol’s being written up, and there’s a process that’s been identified and agreed to that will allow for the personal information—non-work related—to be deleted from the machines,” said Rea.

Rea is also responsible for paying the Borough $2,500 for the laptop and iPad.

Rea says he is satisfied with the settlement.

“I feel good. It’s, I think, a fair outcome and addressed the needs to…um we were close with the settlement before, but it was a bit premature. A few issues had to be resolved, as far as protecting information and those have been addressed now so I think that we can, hopefully, move forward. I wish for nothing but the best for the community and hope they can complete the hospital project. But yeah, I think we found as good a middle ground as we can in cases such as this,” said Rea.

Wrangell attorney Bob Blasco is preparing the final documents to be signed by all parties involved.

This process is expected to take a week to ten days. 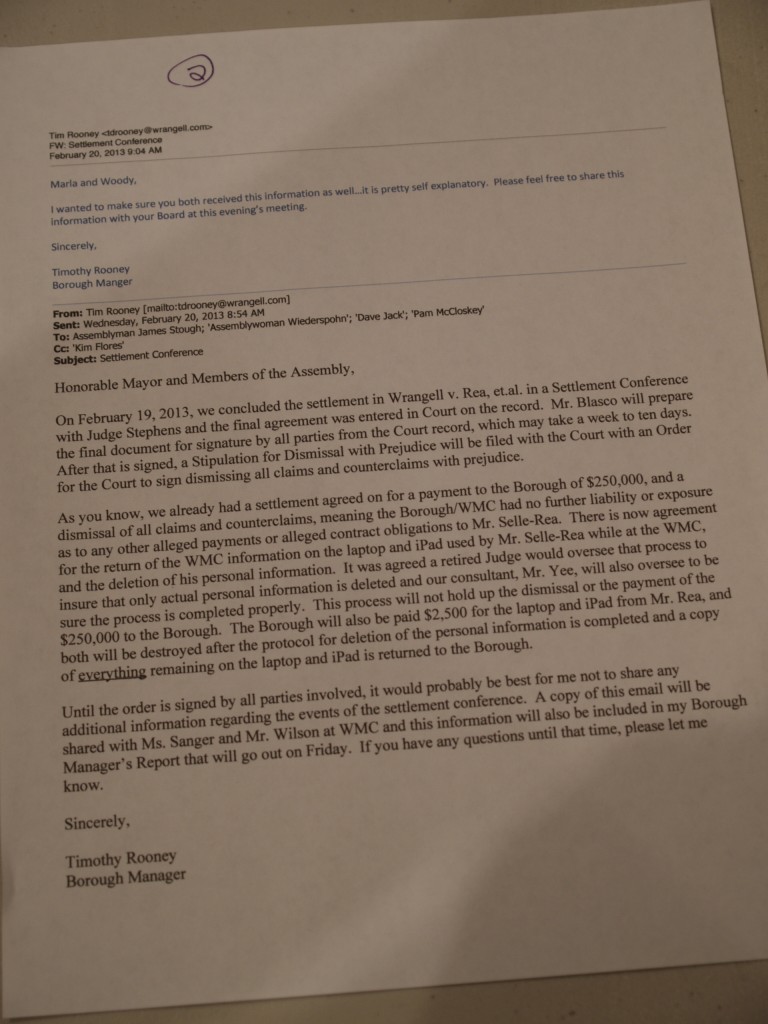