Eating to feed the hungry 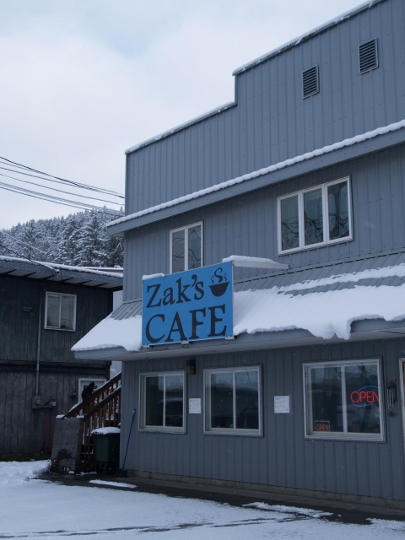 A Wrangell café is combating hunger. For about 13 weeks per year, it donates its Monday night profits to a charity that works to end child hunger in the United States. On those nights, it also gives you a good meal for whatever amount of money you can pay, be it $20 or 50 cents.

It’s Monday night dinner at Zak’s Café. Katherine George-Byrd, one of the owners, greets guests when they arrive and tells them the evening’s menu. 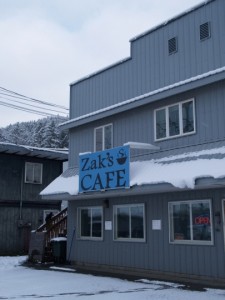 She hands them a piece of paper that explains why there are limited options. It’s because she and her husband, co-owner James George, took a trip to Washington.

“We were in Seattle about five years ago and there was a news story on a restaurant that, because times were so tough, they were doing one night a week just to get people out with a ‘Pay What You Can.’ The menu is whatever the chef makes and you give whatever you can. If you can one week, you can. If you can’t the next week, you can’t. It was more to encourage people just to get out and about,” said George-Byrd.

They came back to Wrangell and started up a weekly “Pay What You Can” night in Zak’s Cafe. But, they put their own twist on it.

“We kind of turned around and made it our own and made it a fundraiser. And pick different charities that, we save all the money for the 12 or 13 weeks and send it to a charity,” said George-Byrd.

They’ve owned Zak’s for 13 years. They’ve done local one-night-only fundraisers in the past for organizations like the animal shelter. But the long-term idea behind Pay What You Can means they have more time to raise money.

The first charity was Heifer International. That’s an organization that donates farm animals to people in struggling countries. The animals provide both nutritious food and profitable goods like eggs and milk that can be sold by the owners.

However, Byrd said, after a few years they wanted to find a way to help more locally. In this case, local meant the U.S.-based organization “Share Our Strength.”

“We actually didn’t realize how bad the childhood hunger in the US was until we started looking into it. I think it said six million children in the US don’t know where their next meal is coming from. One third of those children are under the age of five. And it was just amazing to us that this was going on in our own country. And that’s why we switched over from Heifer to Share Our Strength,” said George-Byrd.

The patrons donate the money for the meal. Byrd said she and her husband donate the cost of the food and the labor to make it. They make things that are easy to cook in large batches.

“We did fried chicken. Sometimes we do jumbo burgers and then we have an assortment of things you can have put on your burger. That’s always a good one. We like to do a pizza buffet where we set up the banquet table and James just stands back there making pizzas and I bring it out and you help yourself until you’re full. We like doing a salad and soup buffet which is the same thing—make a bunch of salads, couple different kinds of soup, and you help yourself until you’re full,” said George-Byrd.

Father Thomas Weise is sitting at a table by the window. He said he loves eating at Zak’s on Mondays.

“I think it’s the coolest idea that our little town of Wrangell has a restaurant that wants to give back to something  bigger than themselves,” said Weise.

And giving back is what it’s about. Byrd said she wants everyone to feel welcome to come and enjoy a meal on Pay What You Can nights.

“Pay What You Can” will continue at Zak’s Café most Monday nights through May.