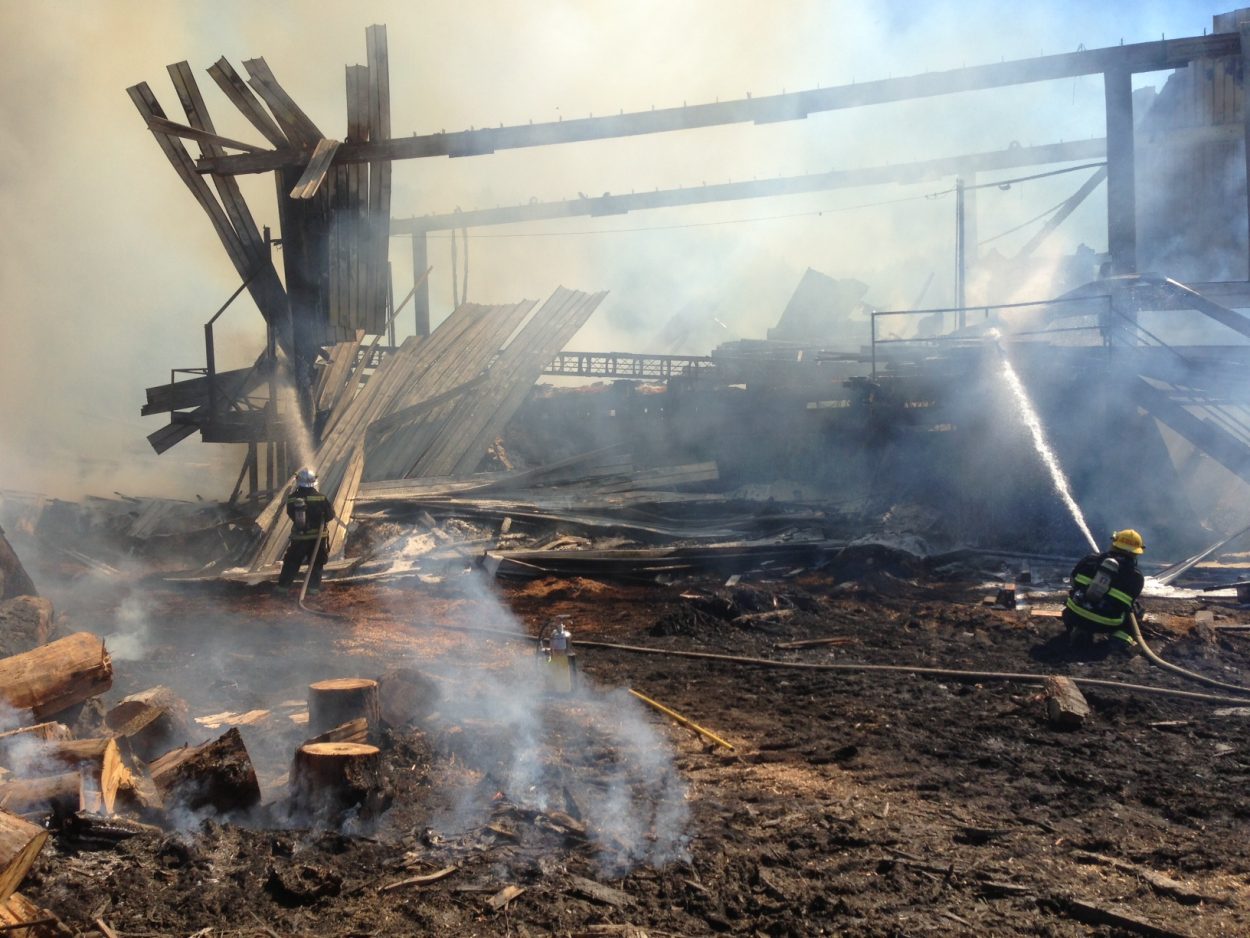 The fire started in the mid-afternoon on Tuesday and took around six hours to put out.

Fire Chief Tim Buness says sawmill fires can be tricky because of all of the wood products. Aside from stacks of lumber, there were piles of sawdust, which is highly flammable. 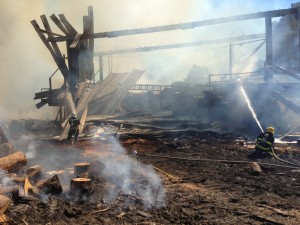 Buness says it’s a challenge for the Fire Department. He says it can be hard to locate all of the small spot fires that start near a large fire.

“It is extremely hard to make sure they’re all put out. So basically you just have to keep rooting around. You can kind of tell by whether it’s steam or smoke and also the temperature of the sawdust when you’re rooting around in it.”

Buness says the cause of the fire is still unknown but an investigation is underway.

“We have forwarded our reports to the state fire marshal’s office, as we would for standard reporting on any type of fire like that.”

Mike Allen’s sawmill was one of the last two substantial local milling operations in town. It specialized in custom milling and rough-cut lumber. Most of Allen’s business was local.

The Allen family could not be reached for comment at this point in time.