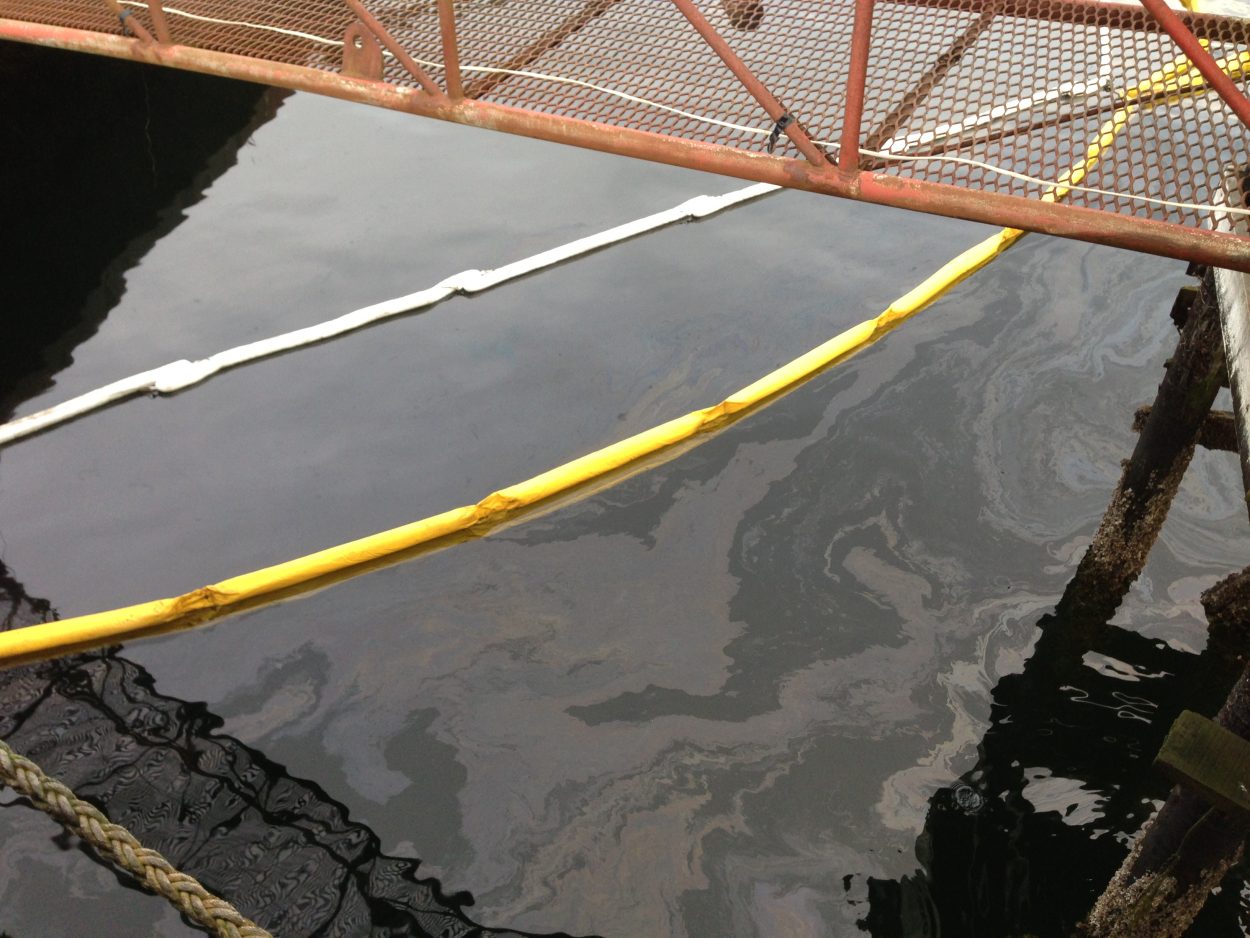 The Alaska Department of Environmental Conservation and the US Coast Guard are still monitoring the site where a tug boat sank and leaked diesel fuel near Wrangell last week. KSTK’s Shady Grove Oliver has this update on the spill response effort. 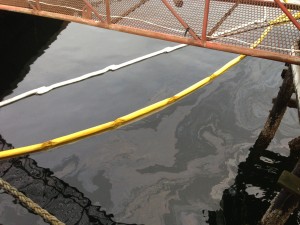 The cause of the sinking is still unknown but it is possibly related to the winter storm that moved through the area that afternoon.

As of Friday morning, the vessel was leaking diesel fuel into the surrounding waters.

The Alaska Department of Environmental Conservation, or ADEC, estimates the amount of fuel onboard at 3500 gallons.

But, the size of the spill is still unknown.

Sarah Moore is the ADEC state on-scene coordinator for spill response in Southeast.

She says at this time there are no beaches known to be contaminated.

“We haven’t gotten any reports of impacted shorelines, animals, etc. We did do several beach assessments of the Institute Creek area. By Friday, we couldn’t find any sheen or indication of impact from the spill either on the beach or on the water off the creek,” says Moore.

Scott Wakefield is a marine science technician, first class, with the US Coast Guard.

He says divers were on scene by Friday evening to do an underwater assessment. They found the vessel upright and in good condition.

“It went very smoothly and everything was done in less than an hour. Alaska Commercial Divers were able to cap off all of the fuel tanks as well as the hydraulic tank and they ended up closing the outlet valve for the hydraulic fluid that would supply the equipment,” says Wakefield.

The containment boom and sorbent material appear to be adequately containing the diesel.

Wakefield says what was left on the surface was mostly diesel that had collected near the dock earlier in the week.

Sarah Moore says the ADEC will continue to monitor the clean-up and recovery effort even though there doesn’t appear to be any more active leakage.

“And so the spill is more or less contained, however there’s still going to be an unknown amount of product in the vessel and various engine and lube oils. So, we’re still working with the owner of the vessel to get it raised and we’ll continue working on the project until that objective has been met,” says Moore.

Moore says there isn’t a set timeline for raising the vessel yet.

The tug is owned by Silver Bay Logging but hasn’t been used commercially in about five years.

The ADEC suggests not harvesting shellfish because of the possibility of Paralytic Shellfish Poisoning, or PSP.

However, the ADEC has lifted its recommendation against harvesting near Institute Creek due to the spill as there is no known contamination.

If you choose to harvest and do smell diesel, the ADEC strongly recommends not eating the shellfish and reporting the area.

To report any seafood, waters, or beaches with evidence of fuel or petroleum contamination, contact the Alaska Department of Environmental Conservation at 907-465-5340.