A shelter on Wrangell’s waterfront harks back to the days when timber was king. A proposed timber sale on Wrangell Island could provide some new opportunities for loggers and mills. (Ed Schoenfeld/CoastAlaska)

Tongass National Forest officials have been planning the timber sale for years.

“It’s a large timber sale on Wrangell Island. It was established … several years ago and the primary purpose of it is to ensure timber volume to support the timber industry,” he says.

Officials will provide a sale update during an Economic Development Committee meeting starting at 6:30 p.m. Thursday, May 29, in Assembly Chambers. (Read more about the plan.)

Wrangell has a long history as a timber community, dating back to the late 1800s. But the last large mill was dismantled about four years ago.

Economic Development Director Carol Rushmore says small mills continue to operate. Plans for something larger fell through when the developer instead chose Petersburg, though nothing’s been built.

Rushmore wants the Forest Service to come up with a plan that helps Wrangell’s economy.

“How can we have a timber sale that provides economic benefit to the community? How can the sale be designed to support existing and new business opportunities?” she asks.

Dalrymple says they’ll offer between 4,300 and 9,500 acres for logging. That includes 68 million to 175 million board feet of timber.

“One of them is designed for one large sale. But the rest of them have components for multiple sales and different sizes of sales,” he says.

He says half to three-quarters of the acreage will involve selective logging, with the rest being clearcut. One option would allow no logging at all.

Dalrymple says none of the land is adjacent to private property. But some acreage is in the area above Zimovia Highway between the old mill site and Pat’s Creek.

The new timber sale will go through a lengthy period of public comment and review.

“The community needs to weight in as to what’s going to be best for Wrangell. All the alternatives will have some pros and cons to them and some will have better benefits,” she says.

Dalrymple says logging won’t start for a while. First, the draft plans will go through a public comment period.

He says those will be part of an environmental impact statement, which could be finalized next winter.

“So the earliest I think that any sale would come from that would be next year at the soonest and toward the end of that year,” he says.

Dalrymple says the sale is one of several created to keep the industry going until enough young trees are old enough to be cut. 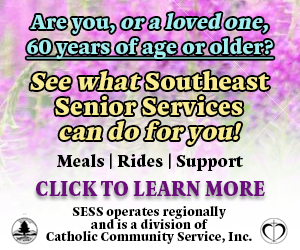