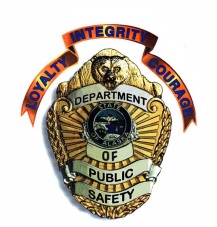 Wrangell could lose its only Alaska Wildlife Trooper to state budget cuts.

The Department of Public Safety is not planning to fill the vacancy left in January by Alaska Wildlife Trooper Scott Bjork.

That makes Wrangell the only community in Southeast Alaska to lose such a position to upcoming state budget cuts. In addition to state trooper credentials, Alaska Wildlife Troopers are trained to identify and investigate hunting, fishing and trapping crimes.

The wildlife trooper stationed in Wrangell has also participated in search and rescue operations and assisted in investigations by other law enforcement agencies.

“The Stikine River is an international waterway. Although the Petersburg person could do it, it’s in our borough. It would be more logical for that person to be stationed in Wrangell to be an enforcement officer up there,” Jabusch said. “Wrangell has an active hunting and fishing lifestyle, and certainly, to be sure that state laws are being adhered to, it’s important to have a trooper here.”

Lt. Jonathan Streifel is the deputy commander for Alaska Wildlife Troopers in Southeast Alaska. He said troopers from Petersburg, Juneau and Ketchikan will be sent to Wrangell during seasons with peak hunting and fishing activity. Streifel said the area will be covered even if a permanent trooper is not based in the community.

“I know Mark said that Petersburg is covering us, but I’ve lived here all my life, and when we didn’t have a trooper, he’d be here maybe once or twice a year. It’s not really a cover, to be honest with you. We need to have this position filled here,” Powell said.

Assembly Member Stephen Prysunka says the trooper has made it easier for Wrangell to get state authorization for search and rescue operations. He says having easy access to a search and rescue mission number ensures the state will pick up the tab for that mission.

“Having the trooper in our community allows us to communicate directly with him,” Prysunka said. “He knows us, he knows the river, he knows the players involved, and we have a great deal of success getting that number. It adds another layer to it.”

Wrangell’s wildlife trooper also had access to a boat and other rescue equipment that can only be used when a state trooper is present.

Prysunka also sees the loss of the trooper as an issue of keeping jobs in Wrangell.

“We’re just seeing cuts to professional positions happening over and over again,” Prysunka said. “And each one of those positions in our community brings kids, they buy groceries, they go get outboards, and I think we need to fight to keep everything.”

Gov. Bill Walker has proposed an $8 million cut to the Department of Public Safety budget.