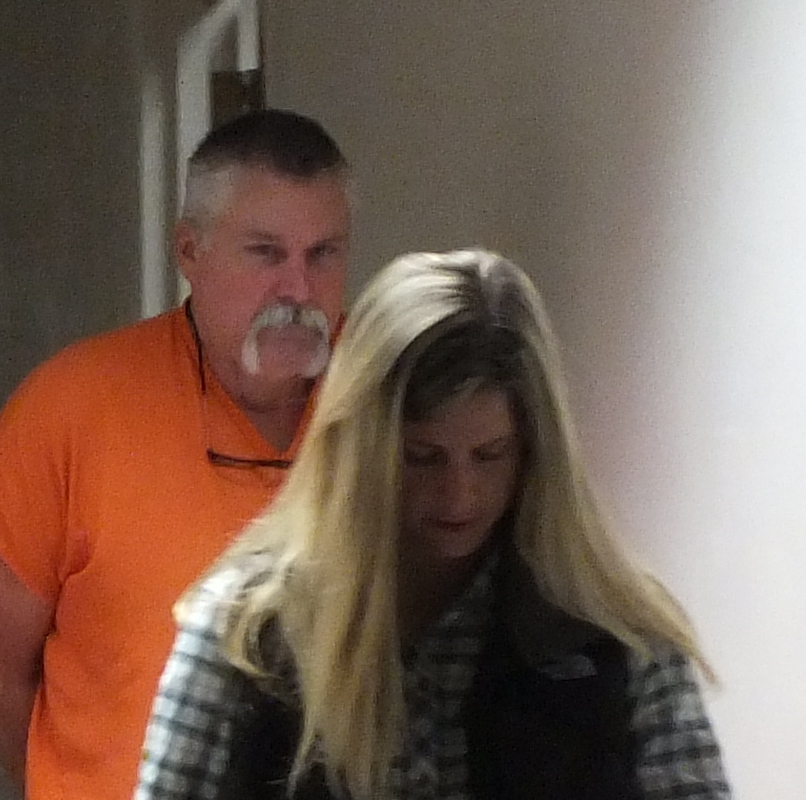 Former Wrangell Dr. Greg Salard has been found guilty of distributing and receiving child pornography. The 12-person jury returned Tuesday with a verdict in U.S. District Court after an hour and a half of deliberations.

A third, lesser charge for possession was set aside, because receipt and possession of child pornography would essentially amount to double jeopardy, Assistant U.S. Attorney Kyle Reardon said.

Reardon said they were happy with the verdict. He said they felt they had a strong case with overwhelming evidence of Salard’s file sharing.

He said it’s not unusual for such cases to be built on circumstantial evidence rather than catching the perpetrator red-handed with the images still on their computer.

“We’re seeing more cases in which people download, view and delete,” Reardon said afterward. “High speed internet makes it practical along with the ubiquitousness of the images. They’re not hard to find.”

“We use fragments and footprints to build cases,” said Reardon, explaining how investigators dive deeper into a computer’s operating system to find a circumstantial trail of pornography sharing over peer-to peer networks.

Jurors began deliberations after closing arguments at 11:45 a.m. Tuesday and returned with a verdict at 1:15 p.m.

Salard will be extradited to Louisiana to face a charge of aggravated rape after his sentencing in Juneau on Oct. 9. He faces a sentence of 5 to 20 years in prison and a $250,000 fine for each child pornography charge. He could be on supervised release the rest of his life or for as little as 5 years.

Assistant U.S. Attorney Kyle Reardon said during closing arguments Tuesday that the evidence is overwhelming. He pointed to a series of important digital breadcrumbs that chronicle hundreds of pieces of pornography that Salard downloaded or shared between February and October of last year, or show how some of the files were interrupted during download. They even indicate the very last video that he played on his computer, less than two hours before agents executed a search warrant at his house.

“Be careful not to get run over by the freight train of evidence,” Reardon told the jury. “Be careful to not get to steamrolled by PTHC,” he said, referring to the pre-teen hard core acronym found in a key Ares data listing of downloaded files.

Reardon started his closing arguments in absolute silence that lasted three and a half minutes. He started the timer on his phone, gathered his notes, got up and slowly walked to turn off courtroom lights and then to the podium to put on a microphone. He then deleted some stock photos on a laptop he’d been using for the trial, shut down a trial presentation program and then started up a PowerPoint presentation for his closing argument.

He finally broke his silence by saying if he could do all that in less than 4 minutes, then it’s not unreasonable to think that Greg Salard spent 8 minutes destroying evidence and purging his computer before opening the door to federal agents on the day he was arrested.

Instead, McNamara continued with her theme made during opening statements that questioned the qualifications of the case’s principal investigator, FBI Special Agent Anthony Peterson. She said he had no previous knowledge or experience in the interpretation of information.

McNamara believed that Peterson failed to follow best practices by immediately stopping the hard drive wipe and beginning an on-site examination of the computer, possibly altering the data. McNamara also said Peterson failed to properly document his human role in the investigation, such as not getting screenshots of a largely automated file sharing program and losing an important report from a forensic examination of Salard’s computer after a thumbdrive was corrupted.