Scholarship in name of Wrangell historian awarded for first time 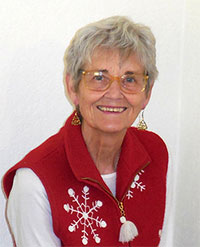 A scholarship in the name of a deceased Wrangell historian, Patricia Roppel, was awarded to its first recipient this summer.

According to a Sit News report, University of Alaska Fairbanks graduate student Anne Rittgers will receive $5,000. Rittgers is enrolled in the interdisciplinary arctic and northern studies program and specializes in northern history.

According to a Ketchikan Museum newsletter, Roppel wrote about Alaska history for over 50 years, authored 13 books and several articles. She was appointed to the Alaska Historical Commission in 1975 and helped oversee the creation of a new text book on Alaska history. Roppel also received the Alaska Historian of the Year Award twice and was a member of the Tongass Historical Society for over 50 years and served on its board of directors.

Applications for the scholarship can be submitted through the Alaska Community Foundation annually. The Historical Society’s scholarship committee will select the recipient each year.

Roppel passed away in January of 2015. Her husband Frank still lives in Wrangell.