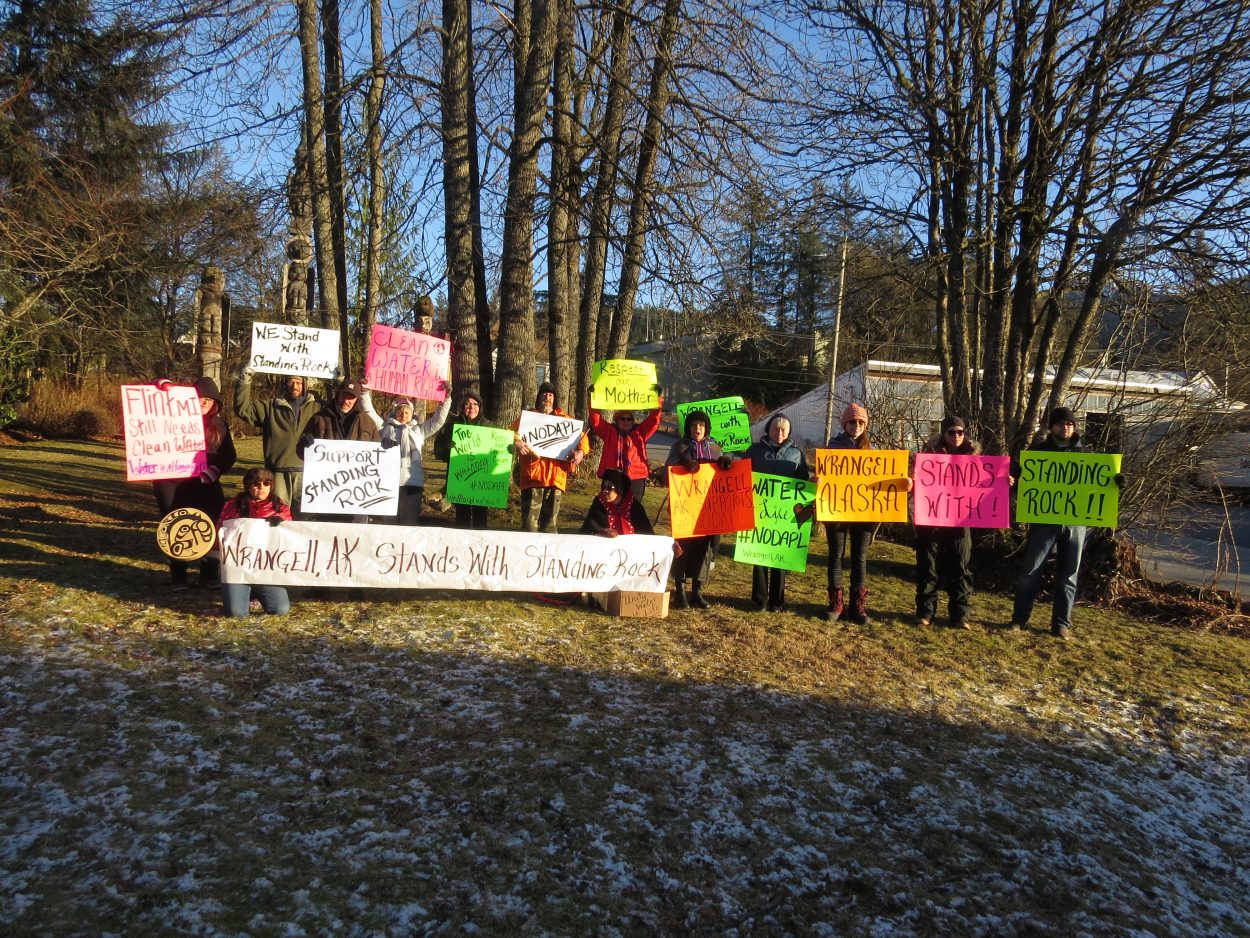 About 20 people gathered at Kiksadi Totem Park in Wrangell on Sunday to protest the Dakota Access oil pipeline. The pipeline was set to cross under the Missouri River near the Standing Rock Sioux reservation in North Dakota. The Army Corps of Engineers denied a necessary permit for the project last week. 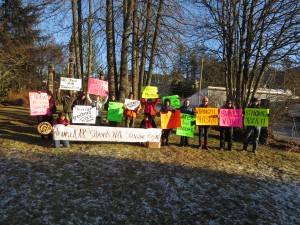 “Their civil rights and free speech was being taken from them. We’re just here standing in the cold with signs, but a little hope can go a long way just to let them know that people here in Alaska and all over the country and world are watching – that we’re here to support them,” said Privett.
Some protestors sang traditional Tlingit songs while holding signs before the gathering ended. Standing Rock tribe’s chairman, Dave Archambault, has asked North Dakota protestors to go home, but several say they will stay through the winter.