Starting 2018 off with a brisk dip in the ocean 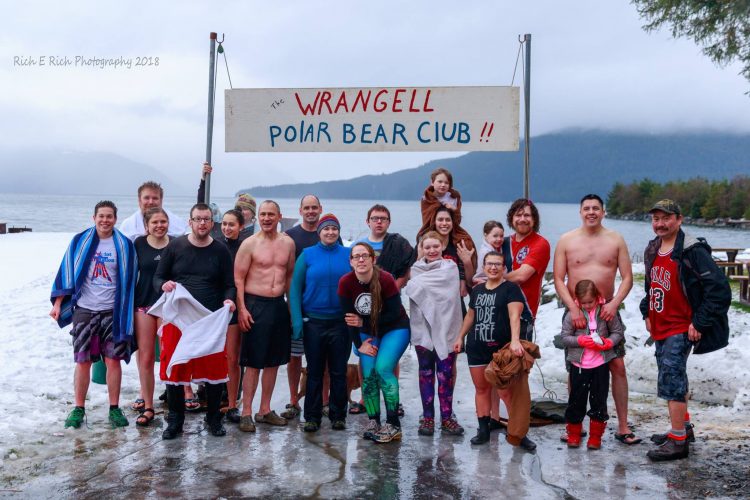 Folks in Wrangell brave out the Polar Plunge on New Year’s Day 2018. (Courtesy of Rich Einert)

Communities all over Alaska celebrate News Year’s Day with a polar plunge. People submerge themselves into the nearest body of cold water, most often the ocean. KSTK spent a minute in the cold, cold water with other seemingly brave, or nutty, Wrangell polar plungers.

It’s New Year’s Day in Wrangell, and the temperature is hovering in the 30’s. Sleet is coming down and the roads are a mess. But a group gathers at Shoemaker Bay to dip into in the cold water of the Zimovia Strait.

HAMMER: It’s a good time, it’s the craziest thing you can do New Year’s Day. Everybody wears themselves out New Year’s night, but New Year’s Day, it’s usually pretty dead. So you might as well go swimming

LEFFLER: Exactly, I’m like “how do people rationalize this?”

HAMMER: You can’t you just have to do it.

HAMMER: I had a buddy that used to go swimming everyday on New Year’s. I said “You know I’m going to go swimming out on the strait. I got to do something crazy, otherwise this is going to be the most boring New Year’s ever, and the big Y2K shouldn’t go down that way.”

That started a Wrangell tradition.

Hammer points out everyone he knows and tells me how long they’ve been taking part in the plunge.

One of the hardcore regulars is Dave Joseph. I ask why he does it.

This is his 12th time. We talk some more.

JOSEPH: We’re getting ready. Are you going to jump in the water?

LEFFLER: Yeah let’s do it.

JOSEPH: Are you serious? 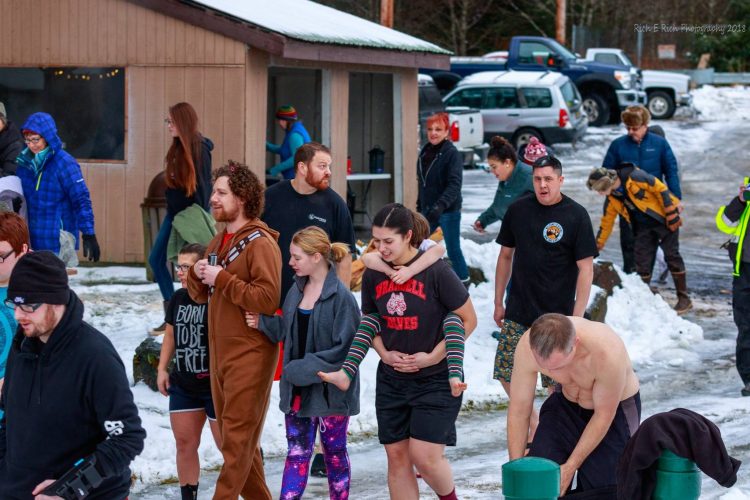 At this point about two dozen people are in swim trucks and t-shirts. I strip down to my thermal underwear.  Everyone walks from the gravel beach into the ocean.

Once everyone’s wet, they dunk their heads in for a second. Then we stick out 60 seconds of the cold water, screaming, laughing, shivering.

And then it’s over.

These are the bravest or perhaps most foolish people in Wrangell. And I feel even more foolish because for some reason, it didn’t even feel cold. 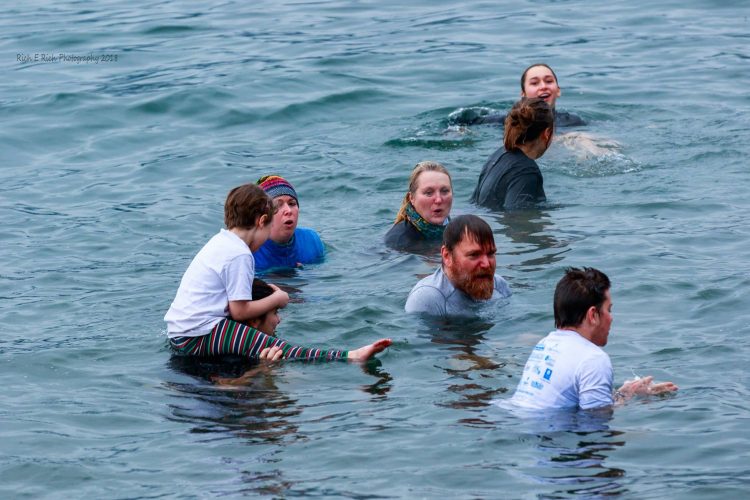 Folks in Wrangell brave out the Polar Plunge on New Year’s Day 2018. (Courtesy of Rich Einert)

HAMMER: To me it feels almost like it’s hot, like it’s a burning sensation… I don’t know anybody that’s ever regretted it. It’s a little hard getting in but once you’re there it’s good.