Updates from DOT on Zimovia landslide 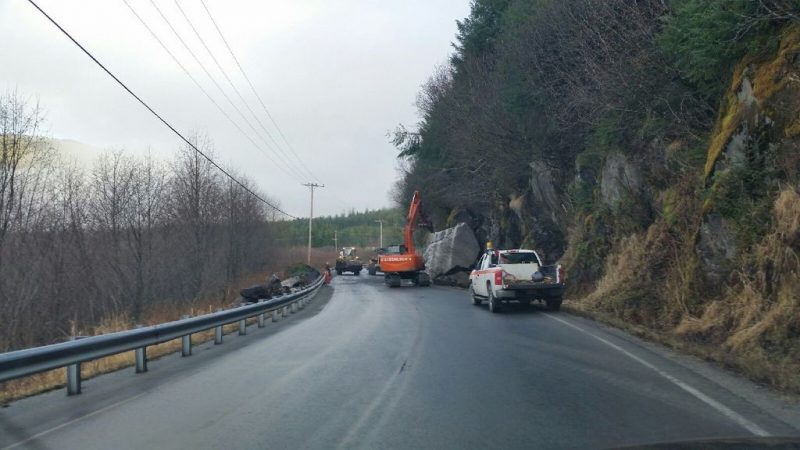 After a landslide, DOT moved a rock that was covering both lanes of Zimovia highway into the nearby ditch. (Courtesy of Don Sherman)

A landslide hit Zimovia Highway at 6-mile last night around 7:30 PM. The department of Transportation has been working on the roadway since then. Here is DOT spokesperson Aurah Landau.

“And when they got out there both lanes were blocked and the rock had come down right through the guard rail,” Landau said.

A massive rock obstructed the two lanes. Landau says the rock was so big no equipment could carry the rock. So DOT and local contractor BW Enterprises used a rock hammer to break it up and store in the ditch. DOT was able to open one lane during the morning.

DOT says the road will need some minor patching. Updates from DOT regarding landslide at 6-mile. Both lanes should be open tonight, with DOT wrapping up their work by tomorrow. DOT did not report any personal property damage or injuries.