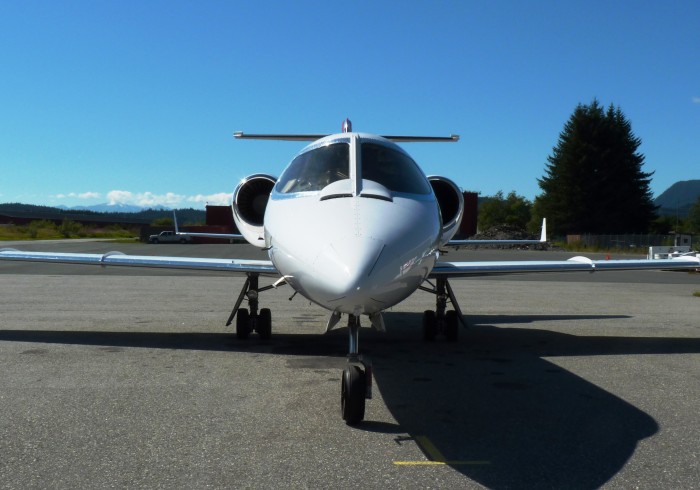 An Airlift Northwest Lear Jet waits for a medevac call at the Juneau International Airport in 2013. (Ed Schoenfeld, CoastAlaska News)

A new, life-saving service has just been added to some medevac aircraft in Southeast Alaska. Airlift Northwest is now offering blood transfusions on two planes stationed in Juneau.

Airlift Northwest has performed more than 200 mid-air blood transfusions in the Pacific Northwest. But just last week, the nonprofit service did its first in Alaska. The patient was at Juneau’s Bartlett Regional Hospital.

“We’ve had patients we really don’t think would have survived had we not had blood on our aircrafts,” says Chris Martin, the executive director of Airlift Northwest. “So for us and a lot of patients it’s been life-changing.”

She says military trauma medicine has encouraged this change in practice.

Other medevac operators in Alaska, such as LifeMed, also perform transfusions. But they don’t carry their own blood on the planes at all times. Instead they pick the blood up from the hospital every time a patient would require it.

Airlift’s blood and plasma are transported from Seattle to Juneau, and exchanged twice a week. Airlift partnered with Alaska Airlines for this.

If the blood is not used in a few days, it is sent back to Seattle to Harborview Hospital’s Trauma Center, where someone is likely to need it.

“What that does is not allow the blood to go to waste so it gets put back into the system to be used,” says Brenda Nelson, Airlift’s chief flight nurse.

Martin says Airlift will spend $35,000 a year to transport those fluids.