Byford cleanup set for next month at contentious rock-pit site 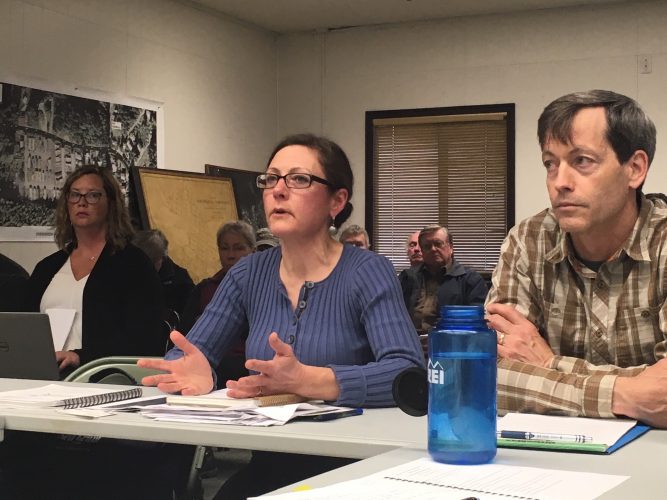 The state has pushed back the cleanup since August. That was mostly due to community outcry over the proposed dumpsite near Pat’s Creek, which is a recreation site and fishing stream.

The city and Wrangell Cooperative Association banded together last fall to fight the state’s proposed dumping site. The local tribe spear-headed this effort by proposing alternative sites and hiring a consultant. That consultant is biochemist Kendra Zamzow with the Center for science and public participation.

She wrote a report listing the potential environmental hazards at the rock-pit where the monofill would be placed.

In response, the state delayed an April haul date to address Zamzow and the tribe’s concerns.

Representatives of the Alaska Department of Environmental Conservation came to Wrangell last Tuesday. They say that Zamzow’s report informed them of better practices for the cleanup. Here is Sally Schlichting of the DEC.

“[The tribe’s] consultant raised some really valid issues that have made this a better project.”

The state is upgrading the lining materials for the monofill. And made plans for water and ground quality testing during and long after the cleanup. It says the monofill will last 1000 years.

But that didn’t satisfy the tribe and some other community members. They cannot support dumping near pat’s creek. Esther Ashton is the tribal administrator.

“We were happy they made the upgrades.  We’re hoping those upgrades could be applied to a different location.”

I asked Ashton why the state’s response is not good enough. 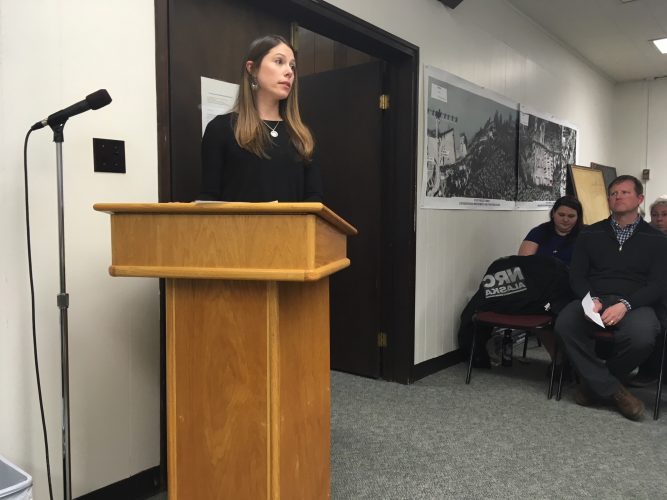 The consultant will provide another report with more concerns to the state agency.

Some members of the Borough Assembly say while the site is not their preferred option, they want the cleanup sooner rather than later. And the city doesn’t have the cash to back up their own cleanup project. Here’s Assembly member Julie Decker.

“Knowing what we know now about what had happened at the site, it’s scary to me the thought of it having sat there for so long and even continuing to sit there.”

Hauling the soil could start in mid-May. The state is negotiating with the U.S. Forest Service on when they can haul the material on federal roads. The state hopes this can be completed in one summer, but could take two.

The state will host an open house on the project in Wrangell just before the cleanup takes place.

Read documents exchanged amongst the city, tribe and state.

ADEC’s response to the city’s concerns