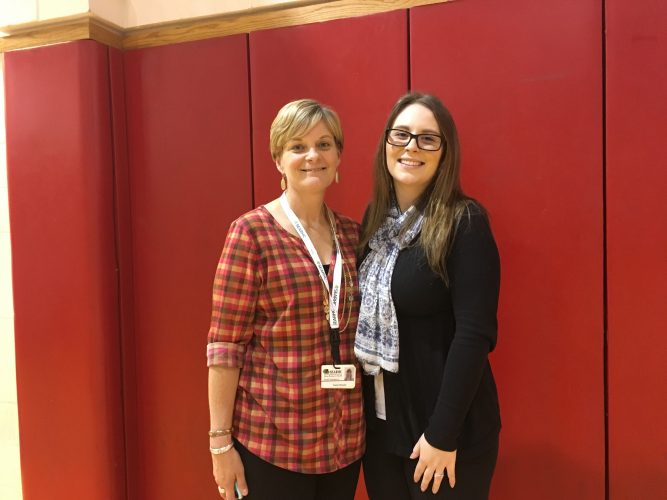 Alaska has the second highest rate of suicide in the nation, that’s according to a 2016 study by the Centers for Disease Control and Prevention. Yesterday (Monday) marked World Suicide Prevention Day.

Darian Gerald was just a freshman in Wrangell when she developed an eating disorder.

“I got down so low into a really dark place,” Gerald said.

Gerald was of the one percent of Americans every year who have made a plan to kill themselves, according to CDC stats.

Gerald was compelled by her belief in Jesus that things actually could get better. And her mom was there for her support.

“Someone who is moments away, from committing suicide to standing up asking for help is an incredible leap,” she said.

She went to the local mental health clinic, receiving therapy and medications. And to this day, she still goes to counseling, taking that extra time and effort to keep herself healthy.

Gerald shared her story at Wrangell High School to teens, adults and friends. The event was sponsored by the Southeast Alaska Regional Health Consortium. Gerald hopes that sharing her story can help high schoolers and those at any age.

“We didn’t have someone speak when I was in high school, and I know that if I was sitting there as a freshman and hearing someone basically describe what I was going through, I knew that would have sparked me to get help sooner,” she said.

CDC stats say suicide is the second leading cause of death for those aged 10 to 24.

In Alaska, a third of all high schoolers have felt hopeless consistently for two weeks or more. And a fifth of students have suicide plans. That’s according to an Alaska Department of Public Health survey released last year.

If you or someone you know is struggling with depression or suicidal thoughts, you can contact your local mental health provider. Or call the national suicide prevention line at 1-800-273-8255.