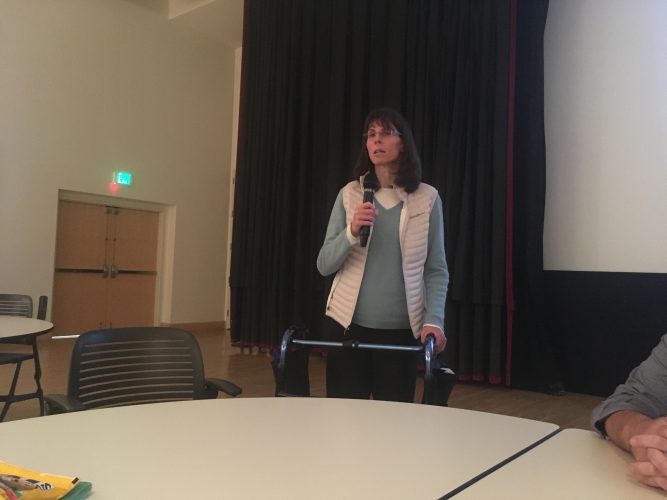 Southeast Conference wrapped up its annual meeting in Ketchikan last week. Wrangell’s borough manager, Lisa Von Bargen, was elected to the board of directors.

The Southeast Conference is a collection of members from municipalities, nonprofits, and businesses in Southeast Alaska. The nonprofit corporation seeks to advance economic enterprise in the region.

Von Bargen was elected to one of the seats designated for small government officials.

“It’s great to have Wrangell have a seat at a regional table and to be involved at the very forefront of developing solutions for our economic future region-wide,” she says.

Von Bargen says she has big shoes to fill. Julie Decker and Carol Rushmore of Wrangell have served on the board most recently.

“Each community has a specific flavor or perspective, and I think it’s good to just get a well-rounded regional perspective on the board,” he says.

Von Bargen was up against Jeffrey Meucci for that seat. Meucci is a former mayor of Petersburg and a current assembly member.

The board has 13 members total. The conference has about 200 members.