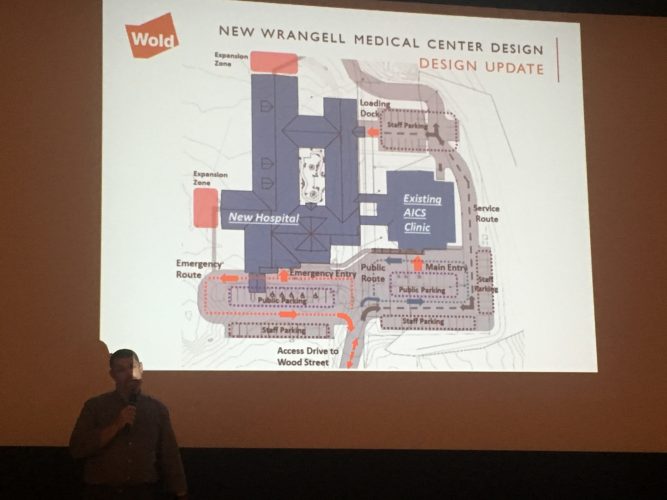 Wrangell voters overwhelmingly approved bringing in the Southeast Alaska Regional Health Consortium to take over Wrangell’s hospital. The deal would see the nonprofit known as SEARCH run the struggling hospital while it constructs a new facility.

City officials say it’s the only way to keep a hospital in town. That’s because the aging hospital has been struggling financially, running an $800,000 deficit at the end of the last fiscal year.

SEARHC Executive Vice President Dan Neumeister said in an interview last month that what’s good for the city of Wrangell is good for SEARHC.

“The expansion plans for SEARHC is really based around how do we provide the best care we can to the communities we provide care to,” says Neumeister.

According to preliminary results, 87 percent voted in favor for the deal. It will still need to be signed off by a vote of SEARHC’s board of directors.

SEARHC is also working on a similar deal to take over Sitka Community Hospital.

Wrangell voters also chose Steve Prysunka as the city’s new mayor. Prysunka has served on the local assembly for four years and is a volunteer firefighter.

David Powell was re-elected to his assembly seat. Mya Delong narrowly beat out Dale Parkinson for the other assembly seat, though the plus 100 unconfirmed absentee ballots could easily change that.

And with Prysunka leaving his assembly seat to take the mayoral seat, someone would need to be appointed to the assembly, potentially Parkinson.

Brian Merritt and John Martin were uncontested for the port commission.

Olinda Chaffee-White will serve on the hospital board, though the board may be absolved or function as an advisory board once SEARHC takes over.

KSTK recently did a story on low voter turnout in Wrangell. Last year under 300 people voted. More than double that voted in this year’s elections.